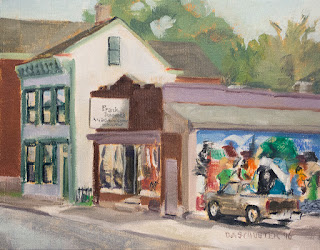 The Frank Duveneck Arts & Cultural Center on Greenup Street in Covington, Kentucky occupies the Kingenberg Hardward Store, built upon the site of Frank's adoptive father's beer garden. They also own the white house next door where Duveneck grew up and that eventually became his own home. They are currently trying to raise the funds to restore the home, which contains his studio, to a museum for display of his life story and some of his works.
Posted by DA Schuster Fine Art at 12:58 PM