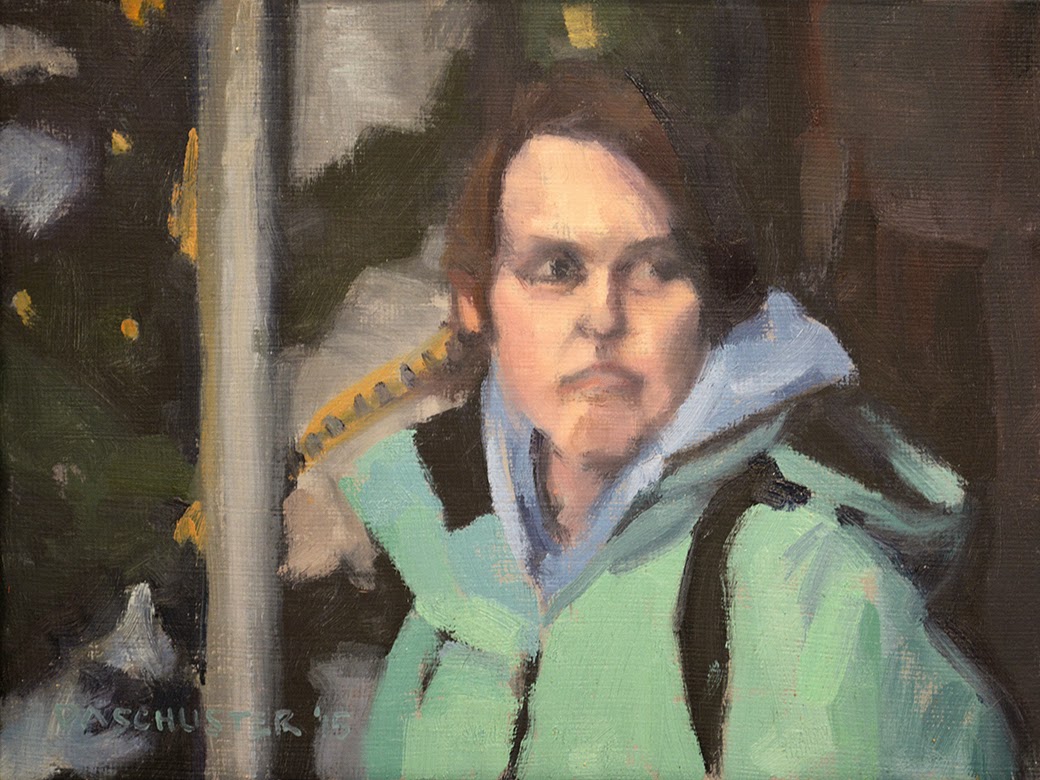 Working on possible entries for the up coming "Tiny" show at Pop Revolution Gallery. I enjoyed including this gal in a recent commission and thought she might deserve a larger treatment. Here I've cropped in, but the full figure may make it into a larger painting.
Posted by DA Schuster Fine Art at 9:13 AM No comments: 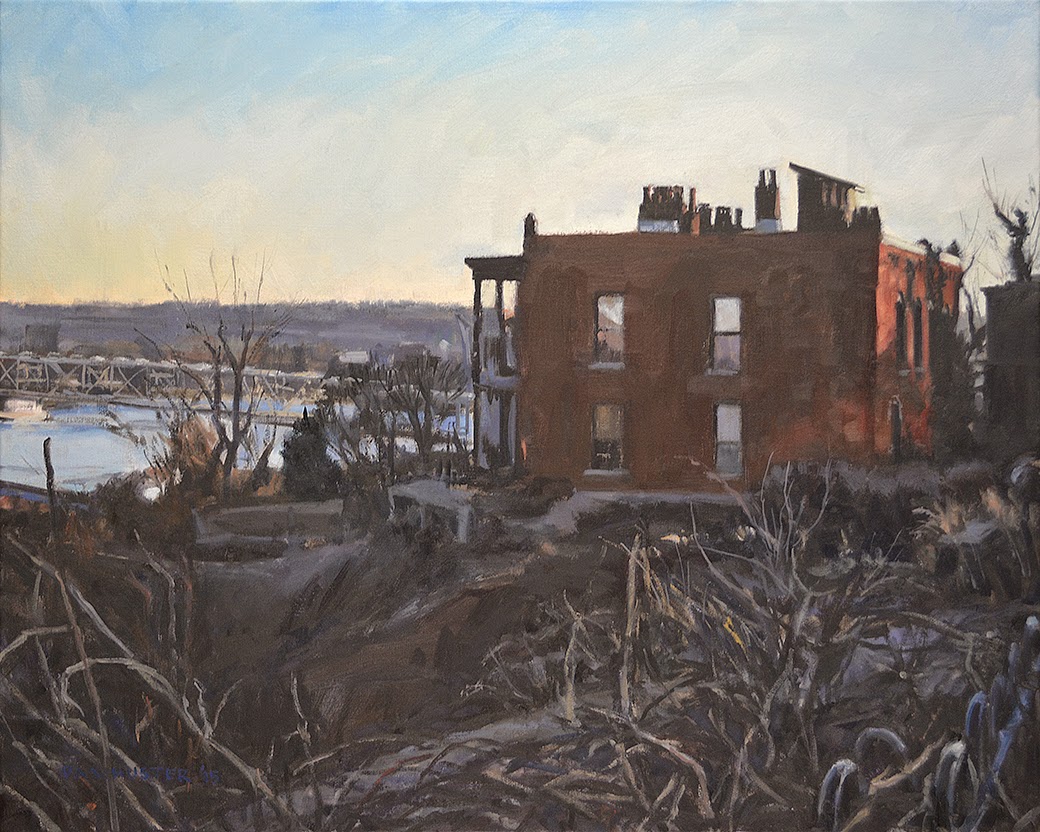 Still working in the nocturne theme. This is a view from Hill Street in the Mt. Adams neighborhood of Cincinnati, looking over the Ohio toward Covington, Kentucky. In the darkness of the foreground is the small park at the top of the Celestial Street steps. The home pictured is actually on Riverview Place, the very brow of Mt. Adams.
Posted by DA Schuster Fine Art at 11:19 AM No comments: 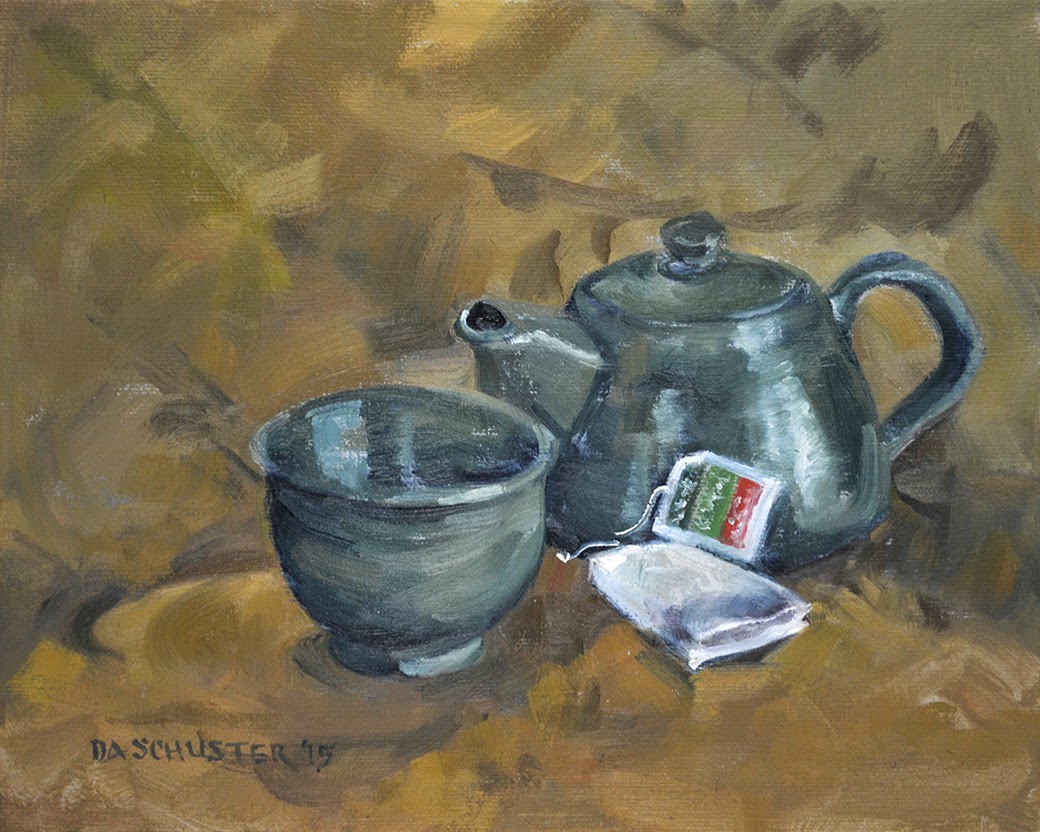 As of last year the Mason-Deerfield Arts Alliance became just the Arts Alliance, so our painting group in now the Arts Alliance Painters. This is the first still life I've done under that name, but I'm going to keep consecutive numbers for all work done with the group- thus number 8. Painted "alla prima" or "all at once", it was completed in one 3 hour session. Our group leader Barb Pask was nice enough to bring in her props for the morning!
Posted by DA Schuster Fine Art at 5:35 PM No comments: 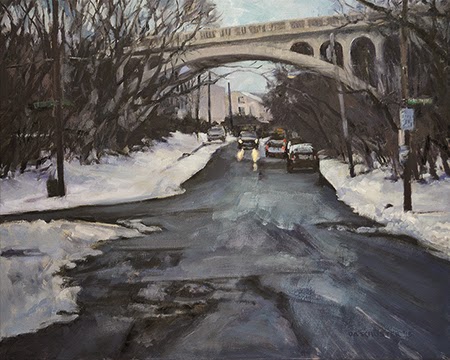 Nocturne painting is a term coined by James Abbott McNeill Whistler to describe a painting style that depicts scenes evocative of the night or subjects as they appear in a veil of light, in twilight, or in the absence of direct light.

This snowy twilight evening scene of the Mt. Adams area in Cincinnati shows where the Ida Street viaduct passes over Wareham Street, from the intersection of Elsinore Street.
Posted by DA Schuster Fine Art at 1:30 PM No comments:

First of the New Year 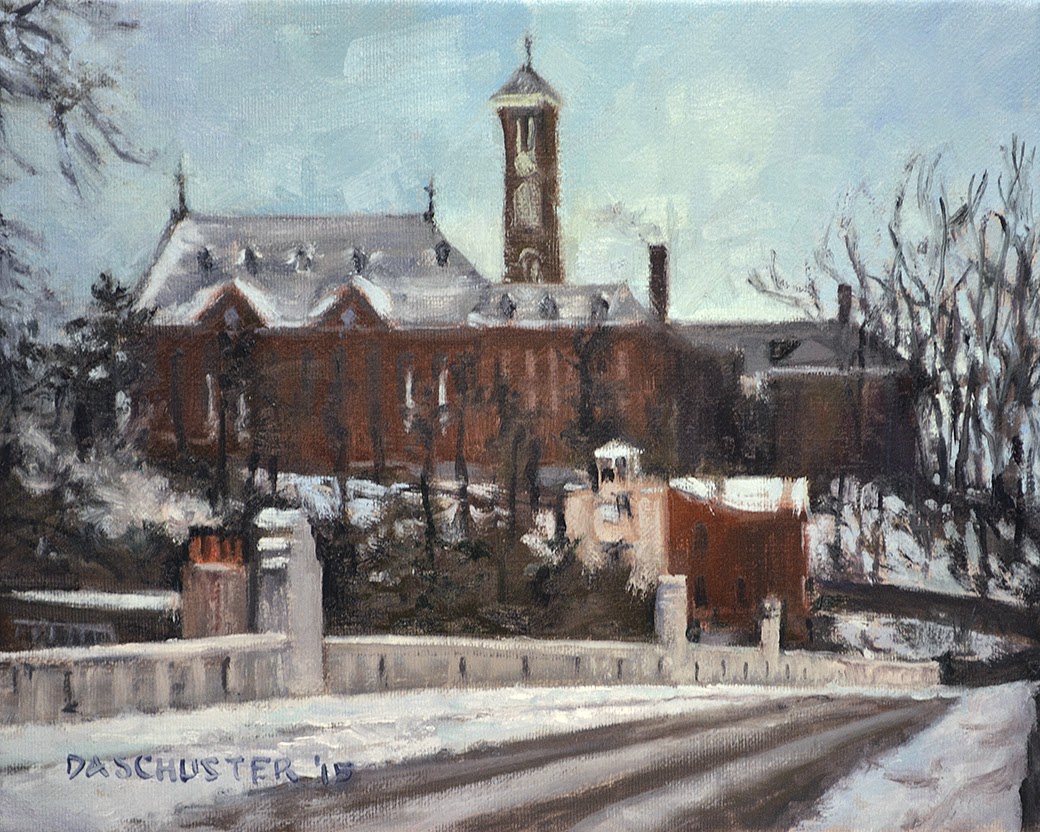 A snowy scene from last year, depicting the view across the Ida Street viaduct to the Monastery on Mt. Adams. The viaduct is currently under repair and this view is obstructed with equipment and storage units.
Posted by DA Schuster Fine Art at 11:44 AM No comments: