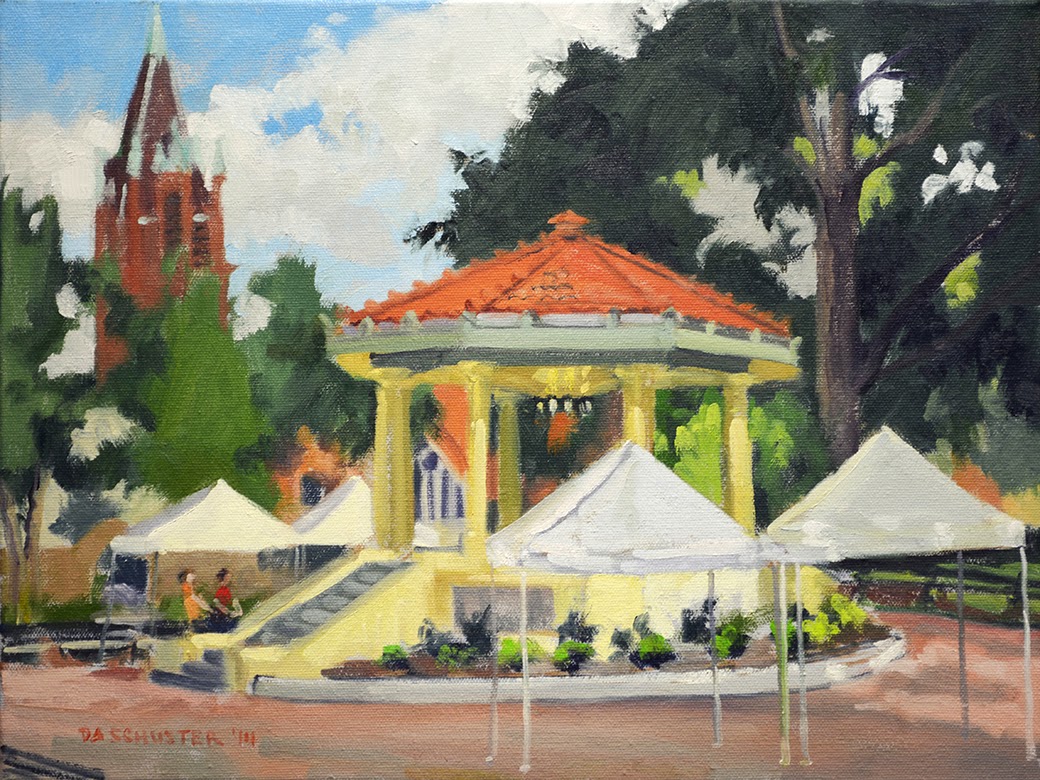 Painted in Cincinnati's Washington Park, one of the city's oldest, the bandstand sits at the center of two block long expanse. The south end of the grounds are still of a more traditional setting with many large trees and winding walks. To the north end, the area across from Music Hall has been redeveloped to an open grass area with a half shell performance space. Washington Park was the site of the temporary pavilions for the Centennial Exposition of 1888. Music Hall was built as the permanent facility.
Posted by DA Schuster Fine Art at 9:44 AM